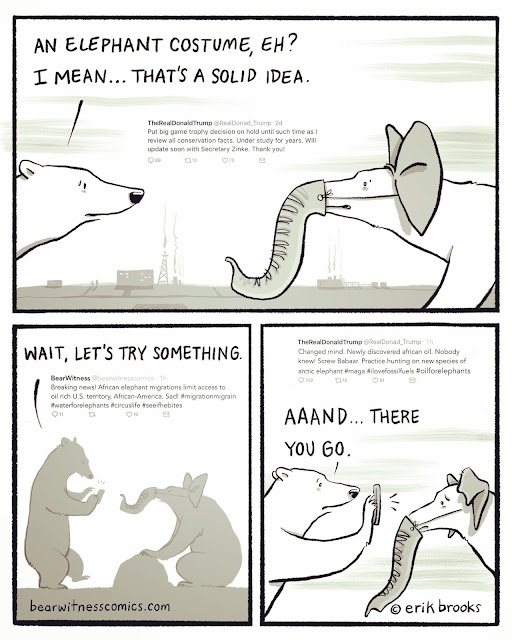 The transparency of decision making in this administration is horrifically astounding... #bearwitnesscomics #politicalcartoons #fossilfuelfree #elephant #polarbear #climateaction #politics #savetheelephants #savethearctic
Posted by Erik Brooks at 11:42 AM No comments: 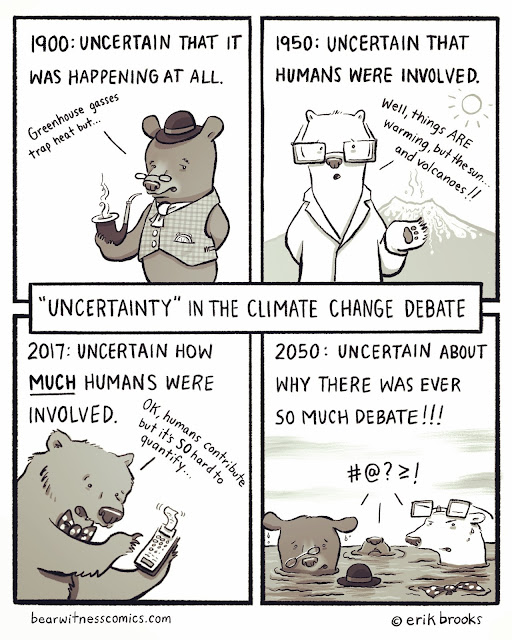 The so called "uncertainty" is insane.
Posted by Erik Brooks at 8:32 PM No comments: 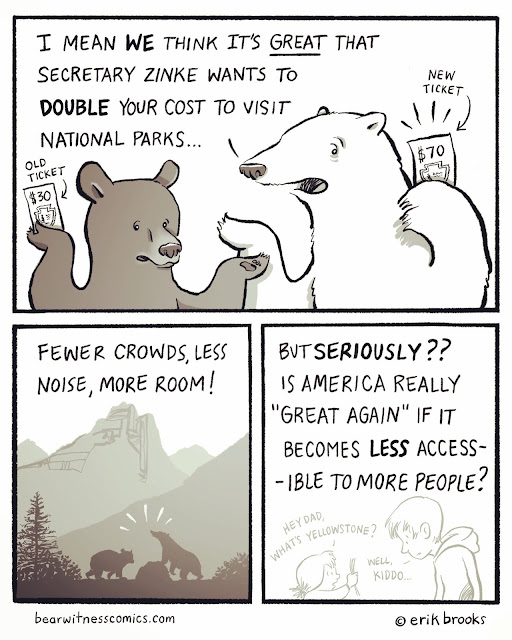 I'm admittedly new to the political cartooning, but "bear" with me if you will. I hope to do at least one or two of these a week, and there seems to be plenty to talk about. Enjoy!
Posted by Erik Brooks at 8:30 PM No comments: 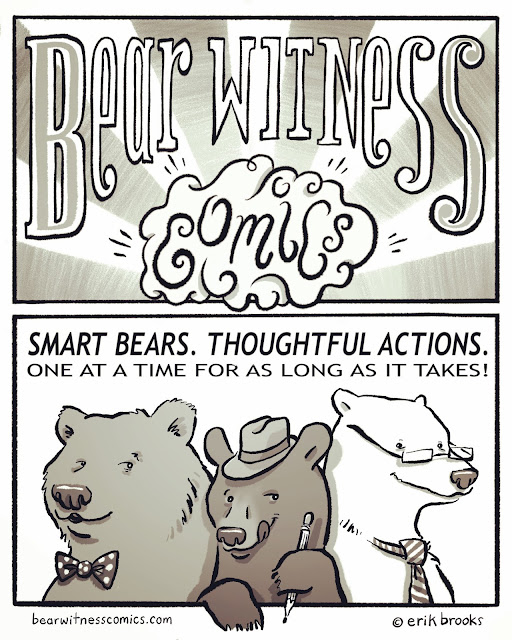 A new series of comics for me - and this time with an intentionally political bent. It's not much really, but in some fashion similar to the Polar Bear Post Card Project, these Bear Witness strips will be a way for me to process the news of the day and to participate in the conversation.

And hopefully, somewhere in these words and pictures will be a reminder to think -- to have a respect for our fellow citizens (and bears even!) - and to take things like science, and common sense, and decency into account before making crucial decisions that effect our communities, country, and world.

Full disclosure:  If you were paying attention, my first three versions of this were under the Bear in Mind comics title. After a quick survey of a small but convincing audience, I quickly switched to  Bear Witness as something a little more powerful and potentially (as intended) political -- as in to certify, attest - provide evidence for the truth of something; or to declare - to state emphatically and authoritatively.
Posted by Erik Brooks at 8:27 PM No comments: